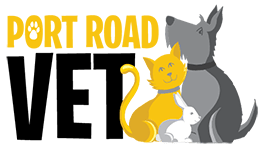 Calicivirus and myxomatosis in rabbits are two serious infectious diseases

They are most common during the warmer months of the year (spring until autumn).

Calicivirus and myxomatosis in rabbits cause death and are spread by insects such as flies, mosquitoes and midges.

Calicivirus or Rabbit Haemorrhagic Disease (RHDV1) was first released into the wild rabbit population in 1996 by the Government. There are now two other strains present in Australia: K5 and RHDV2.

What are the symptoms of calicivirus?

Calicivirus attacks the liver and intestines and may cause bleeding. Most rabbits will die suddenly without showing symptoms. Other symptoms include fever, lethargy, poor appetite and in some cases, bleeding will be noticed. Unfortunately, there is no treatment.

How is calicivirus spread?

The virus can live in the environment for up to three to seven months.

How do I protect my rabbit from calicivirus?

There is a vaccination which works against RDHV1 and K5. At this time there is no confirmed effective vaccination against RDHV2 but the latest recommendation is to offer as much cross-protection as possible:

It is also important to reduce the risk of exposure to the virus by other methods:

Revolution or Advantage may be useful in preventing fleas and other insects.

DO NOT USE FRONTLINE – this will kill your rabbit.

Myxomatosis is another deadly disease that affects rabbits.  It acts more slowly than calicivirus. In 1950 the disease was released to reduce the pest rabbit population, however the wild population has now become resistant. Pet rabbits, however, have no resistance and it will kill 96 to 100 per cent of affected rabbits.

What are the symptoms of myxomatosis?

Most rabbits will die within 10 to 14 days. It is a slow, agonising death and as with calicivirus there is no effective treatment.  The only recommended treatment is euthanasia.

How is myxomatosis spread?

The virus is spread by contact with infected rabbits (in their droppings, secretions and urine) or by contaminated food, clothes, insects, rodents, cages or equipment.

The virus can survive for many months in the environment.

Avoid getting a new rabbit for four months after a rabbit has had myxomatosis.

How can I prevent myxomatosis?

Unfortunately, there is no vaccination available in Australia.

The only way to prevent myxomatosis is to take precautionary measures as outlined above for calicivirus – mainly aiming to reduce exposure to insects.

It is important to thoroughly clean any surfaces that may have been in contact with an infected rabbit with 10 per cent bleach.

If you are concerned about calicivirus and myxomatosis in rabbits, contact us today. For pet vaccinations, book online now or call 08 8340 0388.